Is your child obsessed with all things undead and gory? Does he or she think a Zombie apocalypse could be a good thing? We, the good people at Army and Spy Parties, have brought our most terrifying party will satisfy even the most zombie obsessed child.

Our Zombie Hunter storms into the party as the ‘Commander of the Human Protection Force’, wearing a Hazmat suit, warning of an impending zombie invasion. The party guests must act fast and train up to protect themselves against the invading hordes!

We tailor our format to your event requirements, the basic format for our Zombie Hunter ‘Combat Crew’ Party is as follows:

Surprise commando entry, followed by 30 minutes of Survival/Avoidance training including games such as:

Followed by 60 minutes of Zombie Battle/ Laser Tag Battles (based on 90min party). Games include:

We finish up with birthday cake, prizes for all the children and a grand exit!

At each stage of the party we’ll work hard to engage and entertain all of your party guests (and make a special fuss of the birthday boy or girl).

The great thing about having a children’s entertainer at your party is that it takes the pressure off you, and makes it a completely stress-free party experience. You can relax, take photos, enjoy your guests and watch your child have the time of his or her life! Feel free to get involved or sit back and enjoy the show!

All the Army and Spy children’s’ entertainers are Police Checked and fully insured.

As well as a range of awesome commando themed activities, we’ll also provide:

All we need from you is:

What a fantastic option to have the gift packs sorted! From only $5 per child let us take care of everything.

Why book your party with ASP?

Superheroes  Inc. has been around since 2002. Since then, our birthday party entertainers have performed at more than 25,000 parties and made more than 900,000 children smile! This is how we’ve done it.

When you book your ZOMBIE HUNTER Laser Tag Battle party with ARMY & SPY PARTIES, you know that your birthday party entertainer will;

Our birthday party entertainment is always age appropriate and we’ll tailor it to your needs. We’re committed to creating memorable birthday party memories for your family and friends, with the perfect blend of fun and professionalism.

We love what we do and that shines through!

Put your Credit Card away! We’re not going to ask you for payment today! You’ll also have an opportunity to edit these details before the party. 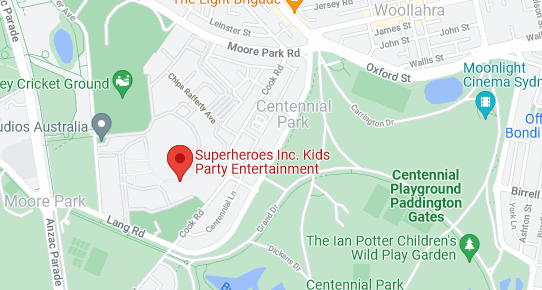 'Can I just be a kid again? No stress, no worries,

Looking for smaller party ideas? All of our partie

Reminiscing about the days of face to face events.

We are on the hunt for new entertainers to join ou

Join us for FAMILY TRIVIA this Saturday 2nd Octobe

DON'T MISS OUT on your tickets to this week's Triv